Conversations with The Husband 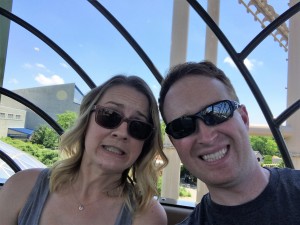 Jesse: (while washing dishes) Uh oh.
Me: What? Did you break my wine glass?
Jesse: Yeah. What should I do with it?
Me: Throw it out?
Jesse: Just in this trash can down here and hope Boogsie doesn’t get into it?
Me: Or you could – and this is going to sound crazy – but you could tie it up and take it out since it’s overflowing and all.
Jesse: blank stare

(after what was obviously fireworks)
Jesse: What was that?
Me: Fireworks.
Jesse: I thought it was a transformer.
Me: Yes, I’m sure it was a Transformer.
Jesse: No, the electric transformer. I didn’t think Optimus Prime was walking around blowing shit up.
Me: Oh. Well that makes more sense.

Jesse: Are you proud of me? I went all day without taking a shower.
Me: Dude, I do that just about every Sunday.
Jesse: And do you feel amazing?
Me: No. I feel like sweat and sunscreen.

Jesse: KFC invented the spork.
Me: Really?
Jesse: It’s the only place I ever saw it.
Me: You didn’t have them at school?
Jesse: We weren’t rich enough.
Me: Yes, because the spork is the rich man’s utensil.

This entry was posted on July 27, 2017 by Jenn in Uncategorized and tagged marriage.