I forget where I saw the 8 Minute Memoir, but it seemed like a good writing exercise so I figured I’d jump on board. I’m incredibly behind and have no idea when/if I’ll finish it. Such suspense! 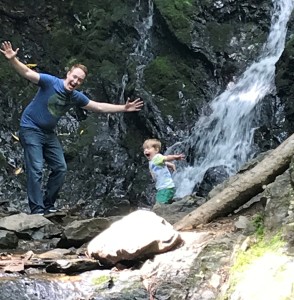 Camping is the worst of the activities. And I speak from experience. Like every girl in the 90s, I was in Girl Scouts, and we all know Girl Scouts is 50% hating your life while selling cookies and 50% hating your life at Girl Scout Camp. I was never super excited to go, but my mom always convinced me it was a great idea and so I went (I now understand she mostly just wanted to get me and my sister out of the house for a week in the summer, and I honestly applaud her for that).

Girl Scout Camp is not for the weak. There are tents, mosquito netting, and outhouses involved. The highlight of the day is going swimming because the bathroom at the pool has running water (and soaking wet toilet paper, but a toilet that flushes makes you willing to overlook a lot of things). The lowlight of the day is there is so. much. nature. You know those shirts that say “I’m outdoorsy in that I like drinking on patios”? Those were made for me. Becoming one with the dirt and the bugs is not my idea of a good time; it’s my idea of a nightmare actually. My favorite part of Girl Scout Camp was returning to a world of civilization.

And so when Jesse tells me we should go camping, I tell him he’s crazy. He tries to convince me it won’t be that bad; I remind him I’ll make it a miserable experience for all. He attempts to entice me with a camper; I attempt to entice him with a Holiday Inn. This is mostly why we had to have a kid – so he could have someone to go camping with. And if anyone needs me that weekend, I’ll be roughing it at the Conrad.

This entry was posted on September 19, 2018 by Jenn in Uncategorized and tagged 8minutememoir, 8mm, camping.