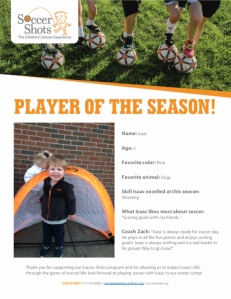 In other news, we attempted to move Boogs to a toddler bed a few weeks ago. Saying it didn’t go well would be an understatement. The crib was back in action 2 nights later by request from its resident. He sleeps on a cot for naps at school so you’d think it wouldn’t be that big of a deal, but poor little dude fell out a couple of times (he likes to sleep right on the edge which is fine when it’s the crib but not so much when it’s the bed) which made him officially over. it. He still fits in the crib and hasn’t tried to climb out yet, so we’ll leave him in there for a few more months.

This is oldish news, but I’ve been dead to the world for the last few weeks so we’ll cover it anyway: Jesse and I binged the last season of House of Cards as soon as it came out, and what a waste of everything. It’s a week of my life I’ll never get back, and it just wasn’t a good season – it felt like they tried too hard to make what’s actually happening in politics right now into a show and the finale was not satisfying in any way, shape or form. 0 out of 10 would recommend.

Boogser had his just turned 3 doctor appointment this week where we learned he’s 30 pounds even. I found this impressive because a) who hits 30.0 on the scale and b) how did he David Copperfield the other 60 pounds? I’ve carried that kid around, and there’s no way he’s under 90. He also spent the entire morning leading up to the appointment telling me he didn’t want to lay down on the table (this was also the first – and only – thing he said to the doctor). He lucked out and got to sit on my lap the whole appointment, and he almost lucked out on the shot front, but I ruined it with the flu shot. He’ll now tell you how he had to get a shot and/or “I got hurt at the doctor.”

Jesse had a training class this week, and one of the days he got out early so he picked Boogs up from school early which made me realize there’s such a stark contrast between mom life and dad life. Dad life you pick your kid up early; mom life you go home to clean as much of your house as you possibly can while texting your husband that you’re at home so if he could pick your child up at normal time so you can maximize that extra 15 minutes that would be great. . .which is what I’ll be doing here shortly.

This entry was posted on November 21, 2018 by Jenn in Uncategorized and tagged lifelately, momlife, toddlerlife, wifelife.