First things first, if you don’t know about the hidden gem that is the Indiana State Museum at Christmas, you do now. There’s a little arts and crafts room, you can see Santa (which we skipped since we’re doing that tomorrow at the Children’s Museum), and most importantly, you can ride a train and it doesn’t cost extra! Boogs rode it twice in a row, and probably would have continued to ride it until the museum closed, but we bribed him out of there to go build a robot out of cardboard and play with the Legos. He keeps calling it “the other Children’s Museum” which is the highest of praise from that kid so I do believe we found ourselves a new Christmas tradition. 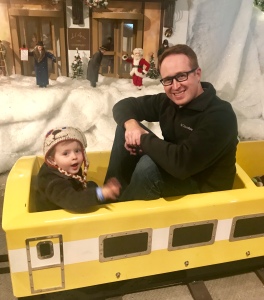 Speaking of new Christmas traditions, Lights at the Brickyard will probably not be one of them. It’s only $30 and you get to drive on the track so we said consider it done. . .and then we sat in line for 2 ½ hours. Granted the display takes 30-45 minutes to drive through so it’s worth the $30, but I’m not sure it was worth that 2 ½ hour wait in the car just to sit in the car some more. They do have a Speedy Pass option you can buy online that we learned about while sitting in line so maybe that makes the wait less painful, but I’m not sure we’re willing to test it out. 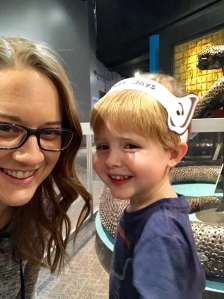 I took last Tuesday off and spent 3 hours finishing up Christmas shopping. One of my stops was Barnes & Noble where I ran across the gem that is The Burn Cookbook, An Unauthorized Cookbook for Mean Girls Fans. Gretchen Weiners wrote the foreword, Aaron Samuels is part of it, and every recipe references a line from the movie. It looked like mostly recipes I wouldn’t actually make, but damn is it brilliant. 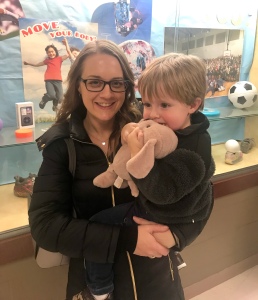 Boogser’s school does a holiday program every year, and I was so sad when his class wasn’t part of it last year (they start at the 2 ½ year old classroom and he was still in the 2s) so you better believe I was beyond pumped for it this year. I figured it would go about like the soccer day I was pumped for where he didn’t let us finally watch him play soccer so much as cling to us, but it’s like Abacus had done this before and you dropped your kid off with their class in the gym and the classes paraded on and off the stage to do their songs. Boogs didn’t sing so much as just make his stuffed dog dance and yell at one of his teachers, “That’s my daddy!” when he saw us, but it was still just about the cutest thing ever. It was also blissfully short which is exactly what you’re looking for in events like that. 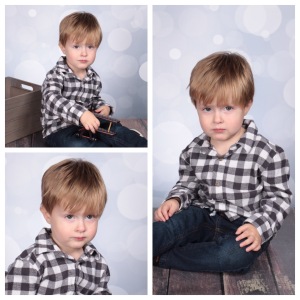 In non-Christmas news, Boogser’s school pictures are in, and they are magnificent. They do school pictures in the spring and fall every year, and every time they’re either like this or derp face. It’s possible that one day we’ll get “normal” ones, but I kind of hope we don’t.